By 2028, it is speculated that commoners and common land will lose the support of the government. Due to the continuous strain of commercialisation and privatisation of land, I am speculating a cultural uprising that seeks an alternative governing and economic model based on the collectivist culture of common land.

Designed around the 12-month farming rituals of farming peasants, this spatial intervention will appropriate current farming technologies, and peasant’s craftsmanship to create a new common and foster socio-cultural social stewardship of the countryside. The aim is to engage the existing farming community and newcomers through collaboration and the socialisation of a big year event -Harvestival that brings all actors together in a celebration of their individual stewardship roles.

These rituals manifests themselves in the various building configurations and continue at the intersection of the socio-economic processes of the common. Each one develops its own identity, function with the landscape towards a proposed future way of farming.  They each represent the loss of traditional facades, craftsmanship and stewardship regarding farming. It aims to bring the pre-modern and contemporary farming strategies into one that bridges the gap between the two.

The budding culture is embodied in the buildings, economy and rituals that communicate their own way of life. The rituals and self-sufficiency honour and remind people of their duties and responsibilities in the common and aims to be constructive in dealing with the frustrations of privatisation and commercialisation. The fragile relationships within the community are strengthened with a yearly end goal where all their contributions can be seen. The common tackles and highlights the interplay among the population, economic subsistence, contemporary technology, and the environment that it is situated.

In the initial establishment of Pookchurch Wood, the Soybean and Corn Communes are identified to contribute to the recycling of farm waste products. The soybean shoots and corn stalks are collected and composted in the Energy Kiln. As the material is broken down, it releases gas within the kiln and piped into a storage tank. This gas is then distributed across the Common. Soybean Commune and Corn Commune boast 16,520kg to 5.9 hectares and 49,000kg of its 10.9 hectares respectively. This  is sufficient to run each commune and extend to those whose waste cannot be composted.

During the composting process, the material further breaks down and is allowed to crumble through the perforated floor where it is piped to the compost storage outside the kiln and stored. It is then collected during the fallow season and scattered on the land, helping it recuperate for the next planting cycle.

In conclusion, the waste from the farming process is used to generate bio-energy for the site and its subsequent waste is used on the soil. 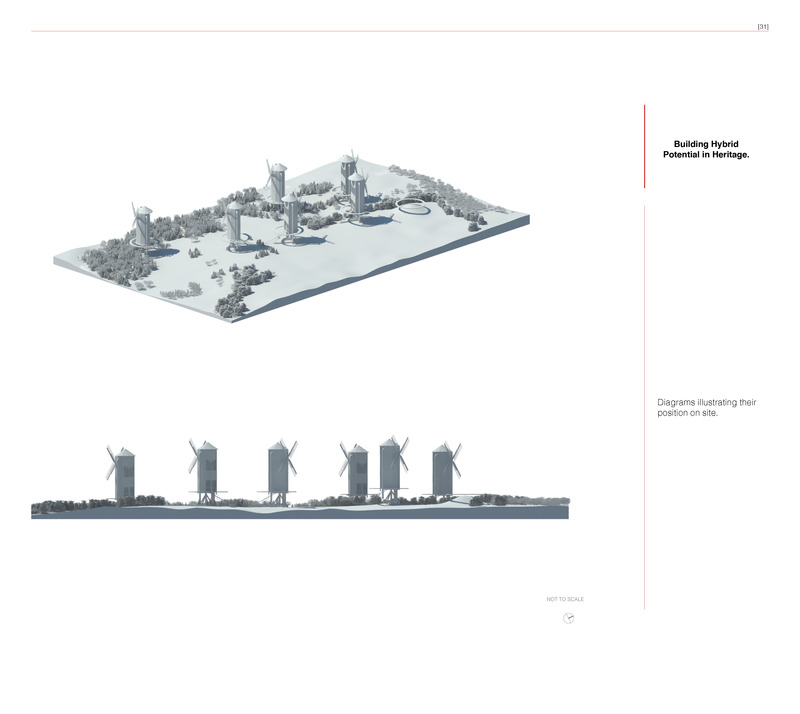 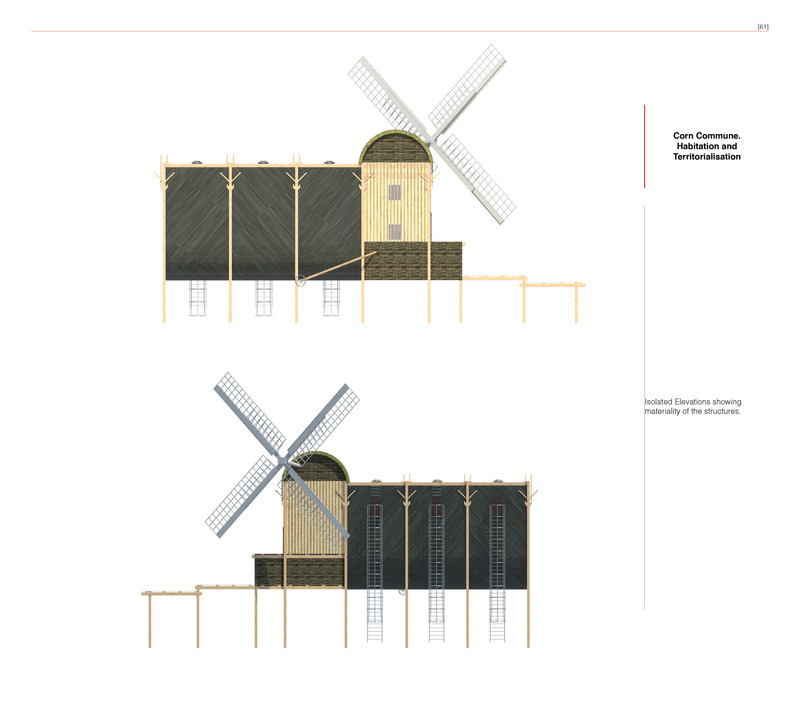