The Shift Of 90 Degrees

The skyscraper is one of humankind’s highest accomplishments. It is no coincidence that these towers are the epicentre in any metropolis, as they are innovative from a technological, economic, and political perspective. Whatever used to be horizontal now is vertical. However, is the human mind ready for such a transition?

Whatever used to be horizontal now is vertical… except humanity. You used to walk in the street, where you could see the blue sky, your neighbour mowing the lawn, familiar faces walking by the pavement, small, personalised and continuous windows trying to catch as much daylight and sunlight as possible. Your daily routine used to have a character. Your life was connected with the ground. Things were horizontal! Nevertheless, today these things have changed; they have gone vertical. Now you are in a city. The environment you live in is sterile and coloured in hues of concrete and glass. You walk in-between humongous constructions, detached from sunlight, get into boxes of suffocation which place you in anonymous corridors with continuous doors that could be anywhere in the world. You are deprived of important spatial events and rituals, the basis of a healthy daily routine. You are missing an identity!

In a functionalistic mentality, architects and engineers took the spaces that a human being needed to survive and forgot about the spaces and spatial sequences the human being needed to live, composing the modern skyscraper. A structure that is failing contemporary society. A structure that has been tormented by the shortage of the critical, daily, spatial rituals between the outdoors, the semi-outdoors and indoors, since its creation. How can we reconnect two elements that are at least more than 100 metres away?

The answer is probably we cannot. However, as the saying goes ‘If the mountain will not come to Mohammed, Mohammed must go to the mountain’. We need to bring those spatial sequences to the upper floors. We need to abolish the claustrophobic anonymity from our constructions. We need to create a humane environment with identity above the ground floor. We must shift the ground 90 Degrees. 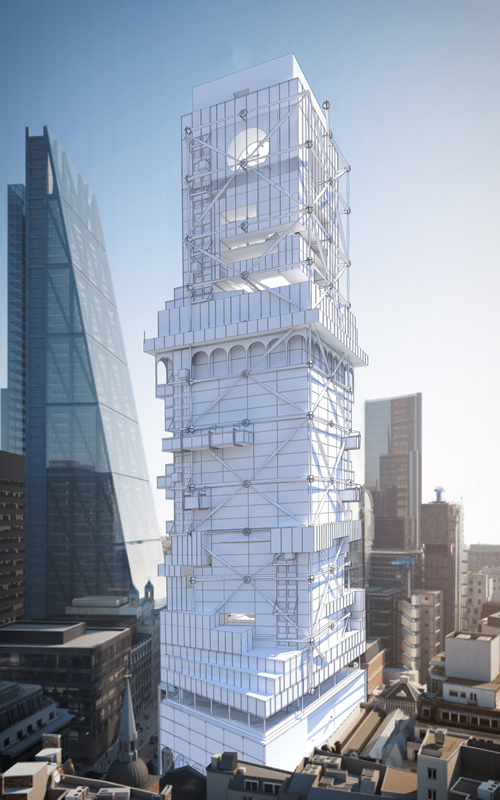 Portfolio: The Shift Of 90 Degrees